Skip to content
Meet the teams: USA and UK

The 13th IOAA starts! Meet the US and the UK team!

Hi everyone, we are the team from USA and this year we come with the main and the guest team. Members of the main team are: Vincent Bian, Joseph McCarty, Albert Qin, Daniel Chang and Anthony Ou. Members of the guest team are: April Cheng, Sean Chen, Dean Zhou, Devin Hoover, Leo Yao. Our team leaders are Phd students Ioana Zelko (Harvard University) and Natasa Dragovic (University of Texas at Austin). Fun fact, our team leaders met as students at the 3rd IOAA which was held in Iran.

The team was formed from the highest scoring students at the USA National Astronomy and Astrophysics Olympiad.

Here is what some of our students shared.
From Vincent Bian:In preschool, every picture I drew was of the nine planets (yes, Pluto was still a planet back then). Later, this obsession took a backseat to my other interests, but I was always fascinated with space. I still remember the rocket launch I watched at Cape Canaveral, and the livestream of New Horizons as it approached Pluto. Since then, I’ve watched every rocket launch that I could.
Throughout middle and high school, I had math, and then physics, as my “main” subjects. I must have spent hundreds of hours preparing for math competitions. My math skills made learning physics a lot easier, and I spend more hundreds of hours preparing for physics competitions, which gave me a huge head start on astrophysics. Despite this, I might have forgotten about astronomy, if not for a friend of mine, to whom I am deeply grateful. He persuaded me to take USAAAO in junior year, which led to me making the IOAA team, and more importantly, reminded me how awesome space is. I am also grateful for the opportunity to be on the team, which helped me rediscover my love of astronomy.

From Joseph McCarty: I am a senior at Lubbock High School in Lubbock, Texas. I’ve been interested in astronomy and physics since my first exposure to them in 4th grade, but I didn’t realize how satisfying they could be until my mathematical understanding increased as I went into high school. Over the years since, I have been inspired to learn as much as I can on my own by the depth and significance of the questions answered by astronomy and physics. For that reason, I find cosmology particularly fascinating because it seeks to answer questions about the fundamental nature and history of the universe, but I also enjoy pretty much every other aspect of astronomy. One thing this competition has exposed me to much more is stargazing, and I just recently realized how close I live to incredible dark skies. Stargazing is a hobby I hope to pursue after high school as well. In the future, I hope to keep learning more and eventually have a career in some field of physics. Outside of astronomy, I enjoy doing math, playing cello, hiking, playing soccer, and reading Wikipedia articles with little relevance to anything else.

From Albert Qin: Like many of my fellow team members, I’ve been interested in astronomy from a very young age. I remember my dad telling me how everything in space – from our own sun, to galaxies, to the universe itself, had “lives” – where they would be born, live, and then eventually die (I thought it was especially cool how certain stars could blow up at the end of their lives).
In high school, I found myself putting more and more time into physics – however – I always studied a bit of astronomy on the side for my school’s science bowl team. I originally took USAAAO for fun, thinking I probably wouldn’t even make it past the first stage, and found myself on the IOAA team. Since then, IOAA has renewed my interest in astronomy as I’ve been able to apply my physics skills to mathematically understand the phenomena of the universe. I’m really grateful to be on the team, and I look forward to competing at IOAA!

From Daniel Chang:I first took interest in astronomy during my freshman year in our school’s Science Olympiad team. Although I was frankly atrocious at astronomy in my first year, I stuck to it for the sake of my curiosity and stubbornness. I distinctly remember one day when I spent hours tackling problems that should have taken minutes. But when I finally arrived at the solution via long physics equations to explain astrophysical phenomena so magical yet explicable, I was in awe. It was as if the universe was a grand engineer who sprinkled miracles throughout itself for astrophysicists to interpret using the most exotic concepts in physics and the grandest computer simulations.
Since then, I have co-founded my school’s Planetary Society club, won first in Astronomy in numerous Science Olympiad competitions, and become a part of USA’s IOAA team.

From April Cheng:I’ve been interested in the cosmos since before I even went to school. Starting from space-related picture books, moving on to kids’ astronomy books, and finally to more advanced texts and documentaries, I was curious about astronomy all throughout my childhood to the present. My middle school’s Science Olympiad program was my first insight on the more astrophysical side of astronomy. My success in Science Olympiad gave me the first motivation to compete in this area, and I first participated in USAAAO in my freshman year, and finally qualified to the international team in my sophomore year. I hope to learn more about astronomy and astrophysics throughout high school. In the future, I want to do research in astronomy or astrophysics, as I wanted to since elementary school. I am immensely thankful to the Science Olympiad program, of which I am currently an organizer and a coach for my school, for sparking my interest into a passion, and also to the USAAAO and IOAA for giving me an opportunity to compete.

From Dean Zhou:I have grown up close to Space Center Houston for most of my life knowing several classmates whose parents work for NASA, as well as a couple children of astronauts.
Regardless of where I’ve grown up, however, I think I would still have been driven to study the stars. The very nature of the vastness of space that surrounds us would have led me to discover this passion, no matter my location of time period.
Ever since I could look up at the sky, I’ve persisted in dreaming big, to understand the cosmos that surrounds us. Of course, I had to participate in and practice for math, physics, and computer science competitions, but all of these skills were just stepping stones in my astrophysics journey.
Being a part of the IOAA team is an incredible opportunity and has played a major role in my aspirations to pursue a career in space. Outside of academics, I like to play a variety of sports, read books, and play board/card games.

From Devin Hoover: I first became interested in astronomy when I was two years old.  Since then, I worked at NASA’s Goddard Space Flight Center, Green Bank, and the Pisgah Astronomical Research Institute.  My favorite area is orbital mechanics because without it, we would not know the trajectories of spacecraft, thus rendering all NASA missions useless.
I expect form IOAA2019 a true challenge that will allow me to demonstrate the skills I have acquired over the last 16 years.  In addition, I anticipate meeting other intelligent students who share my passion for astronomy and astrophysics.
To the Hungarians: I enjoy studying Lajos Kossuth and the Hungarian Revolution of 1848!
To the other teams: I would love to discuss the history of your home countries if you are willing!

From Leo Yao: I got to know astronomy through an upperclassman in high school Science Olympiad that had also participated in the IOAA. He was the one who first introduced me to the event and subsequently the team selection process.
My favorite area of astronomy is celestial mechanics.
Besides astronomy, I also participate in competitive math and physics (through USAMO and USAPHO) 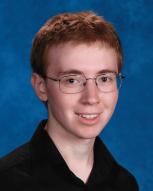 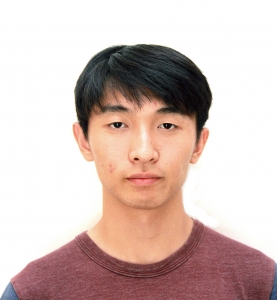 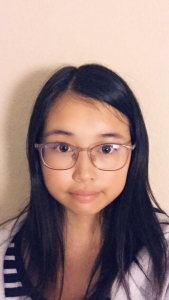 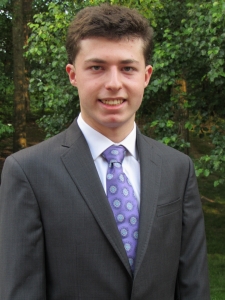 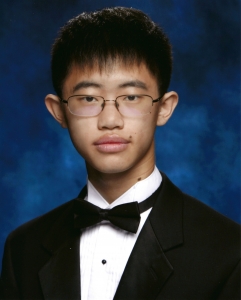 Greetings from the UK team – we are really looking forward to meeting many of you in Hungary in August! Our team leaders are Dr Alex Calverley (left) and Mr Charlie Barclay (right), and our team are (from left to right) Harry Best, Nik Thatte, Navonil Neogi, Jess Tedd and Tom Hillman. In order to get on the team the students had to face a rigorous process of selection, starting with a paper sat in November (taken by 1965 students), the best of which were invited to sit another paper in January (taken by 71 students) and finally 11 students were invited to a 5-day training camp in April in Oxford from which the final team was chosen.

Both team leaders have considerable experience with Astronomy. Charlie is the Head of Astronomy at Marlborough College, Vice-President of the Royal Astronomical Society (RAS), Member of Division C at the International Astronomical Union (IAU), and chief examiner for GCSE Astronomy. He has been involved in the training of the UK team since they first entered the IOAA in 2015. Alex did his PhD in Astronomy at the University of Cambridge, specialising in studies of high-redshift quasars, and then moved into teaching. He now works as a Physics teacher at the Royal Grammar School in Guildford, and has been involved in the selection and training process for the UK team since 2016.

We are very excited about the IOAA 2019 after watching the fabulous promotional video – the lake looks lovely! – and will keep our fingers crossed for clear skies in the observation round. Good luck to all other teams competing this year! 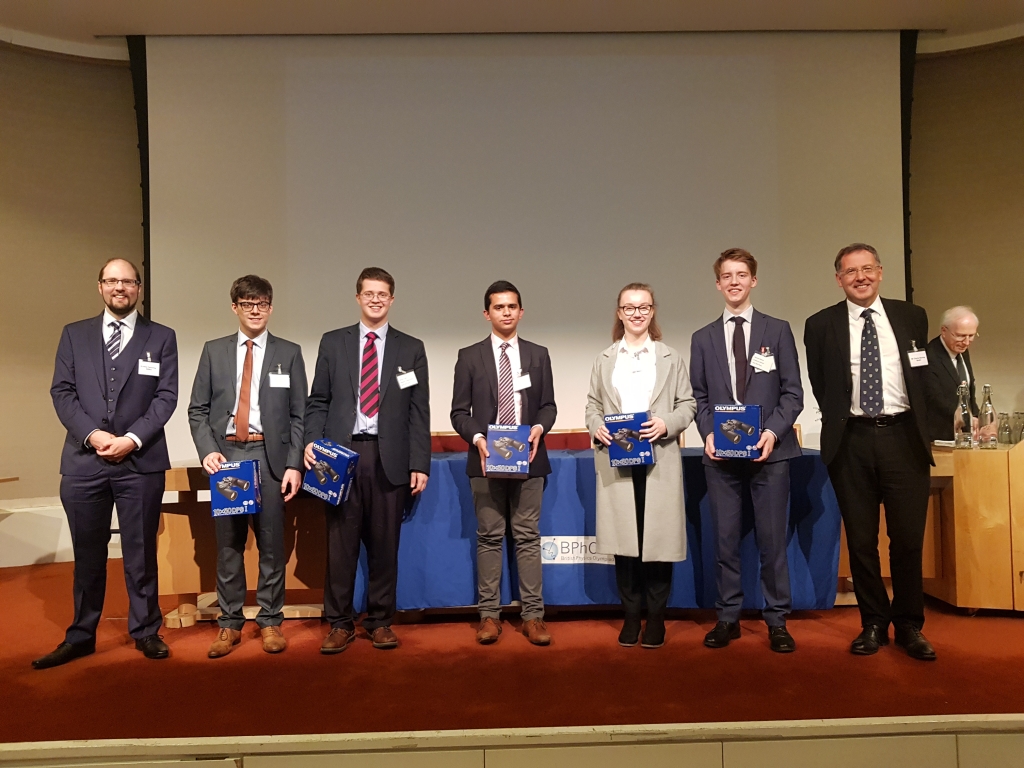